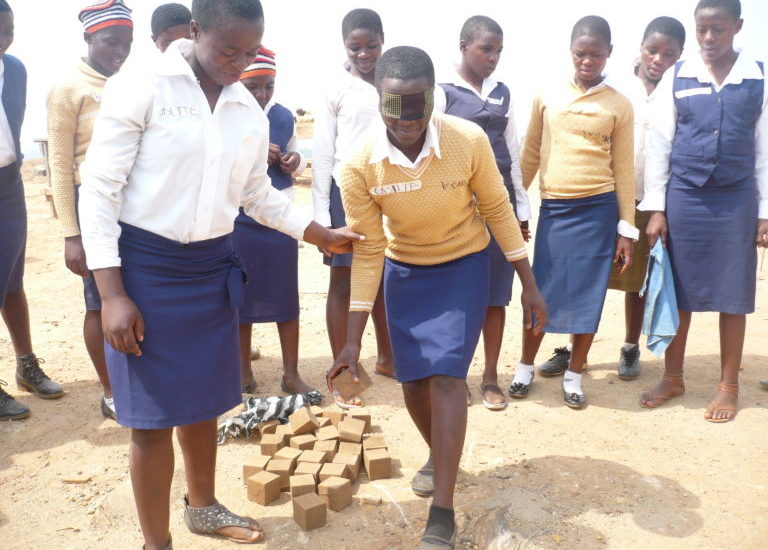 Youth Outreach Programme is responding to the increasing vulnerability of youths (especially girls) to adolescence development challenges such as; sexually transmittable diseases.

Most youths today become sexually active in their teenage years. A study in Cameroon revealed that two-third of the young people have sex by the age of 16 and most do not use condoms. Family planning services targeting youth are non-existent.

This therefore justifies the situation on the ground, which requires immediate attention.

We develop and distribute IEC materials on reproductive health, HIV and AIDS awareness for youths. The materials are distributed to the various communities where we work.

The topics always covered in the magazine include puberty, human anatomy, education surrounding STIs and HIV/AIDS.

This magazine was distributed in five provinces (two Anglo-phones and three French speaking) provinces by our regional volunteers. The magazine is currently not being published because of limited finances. It was the very first newspaper of its kind in Cameroon.

Some of our projects have included

Under this project, we engage young men aged 18-30 in the fight against HIV/AIDS and empower them to challenge cultural traditions/beliefs and practices that are surrounding sexuality by providing them with information and skills to empower them take equal responsibility for behaviours that compromise their own health as well as the health of their partners. The project was initially sponsored by Canadian International Development Agency (CIDA) in partnership with Voluntary Services Overseas (VSO) from (2006-2008).

Harnessing the power of play, we designed a ground breaking programme to introduce sexuality education in 3 primary schools located in Bamenda 1. The pupils benefited from weekly lessons on reproductive health, gender and lifeskills. Regular sports sessions were organized bring together pupils from the various schools. It provided an opportunity for the children to make new friends, play together and learn the benefits of working together as a team. Every term YOP organized a forum that brought parents of the pupils and schools teachers to share ideas on topics to teach. Parents confirmed kids benefiting from Livesafe Playsafe were more confident, motivated and always challenging some traditional perceptions at home. LiveSafe PlaySafe was designed by YOP and implemented in partnership with support from GIZ “Weltwärts” project in Cameroon.

YOP published on a monthly young people’s newspaper “Let’s Talk” and in French “Parlons-en” educating young people aged 9-14 on sexuality, breaking existing myths, taboos and perceptions around reproductive health and sexuality. The topics always covered in the magazine include puberty, human anatomy, education surrounding STIs and HIV/AIDS. This was a key part of Livesafe Playsafe.

Building strong and sustainable communities in which young women participate in decision making and have equal opportunities.

The girl child in Cameroon is subject to a culture that hinders her growth in leadership development. She lives in a society whose practices favor male leadership. The girl child suffers from lots of discrimination and gender based violence that affects her life negatively. The footsteps Project therefore seeks to further the empowerment of young girls with knowledge on Lifeskills and leadership skills, which they can apply, thereby contributing towards their personal development and that of their community and with focus to mentoring.